I received this email / note earlier today and was shocked to see how fast the Mandatory COVID Passport is being run through the New York legislature and the political power structure hell-bent on controlling us all. Please review and then do your own research. DO NOT TRUST ME!! You MUST validate on your own.

Governor Cuomo is embarking on a pilot study to explore the possibility of a Covid-19 vaccine passport required for entry to certain public venues.  If we let this happen, it could pave the way for mandatory vaccine passports for entry into other public spaces. 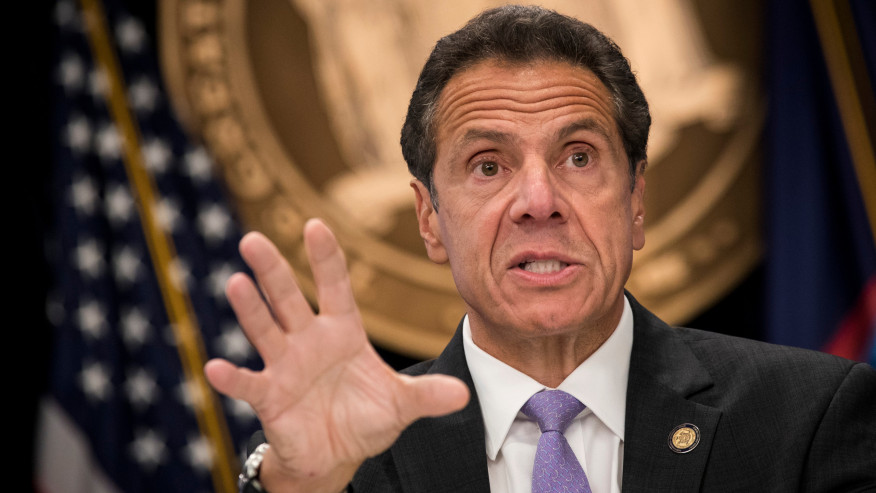 Please take action and alert others on your social channels.  Here’s the link Take Action!

On another note, we will have our weekly meeting this Monday, March 8th at 7pm.  The agenda and invite will be emailed Monday afternoon.  Hope you can join us then.

Thank you and hope to see you Monday night!

New York Governor Andrew Cuomo’s version of a vaccine passport called the “Excelsior Pass” was tested Tuesday at a Ranger’s hockey game at Madison Square Garden following an initial rollout at a Brooklyn Nets game at Barclay Center on the weekend. Similar passes are required in Israel and other countries to gain access to a wide variety of businesses and places, and a similar system is planned for daily access to schools by all students in the Los Angeles Unified School District.

This could be the first step to a much wider and probably mandatory use of vaccine passports in New York. The Governor has made no effort to even try to explain how this program supposedly protects people from Covid-19. In the wake of the carnage in the nursing homes and the Governor’s cover-up of the death toll, he has squandered
his authority to make health decisions that are best left to individuals.

Under new rules for re-opening large arenas issued by an Executive Order from the Governor, facilities with more than 10,000 seats will be limited to 10% capacity. Attendees must have  proof of a negative Covid-19 PCR test (only PCR tests are acceptable) within 72 hours of game time, or proof of a vaccination, to obtain an Excelsior Pass. The Excelsior Pass includes a unique QR code that can be either printed or stored on a cellphone if a “Wallet App” is downloaded. A pre-selected portion of the customers are being requested to use Excelsior Pass, since, at the moment, use is voluntary.

All people, including Excelsior Pass users, entering a facility will need to complete a health survey and have their temperature checked before entering.  The system has no capacity to recognize or process natural immunity from people who have had Covid-19 who are the majority, if not the only people (no one knows for sure) who have immunity.

While New York is moving ahead with its first digital system integrating medical service providers, major entertainment corporations, and state agencies (and perhaps
other entities unknown to users)  into a centralized social control and monitoring system, beginning today, Texas and Mississippi businesses will be allowed to open at
full capacity and mask mandates are suspended.

It is not at all clear how Excelsior Pass even achieves the goals the Governor claims. “The Excelsior Pass will play a critical role in getting information to venues and sites in a secure and streamlined way, allowing us to fast-track the reopening of these businesses and getting us one step closer to reaching a new normal.” Gov. Cuomo said in a statement. “Under current rules everyone must present a document, either hard copy or digital, for inspection to gain entry to an arena, and they must take the same health and temperature check. How does Excelsior Pass speed this process and our return to normalcy?

But the potential for abuse, and for it to serve as a model for a vaccine passport system is obvious. If access to private businesses and public buildings like the Barclay Center can be conditional on medical status why not stores, banks, ATMs, schools, and parks. Why not make access to public transportation, EZ pass renewal, automobile registration, public benefits, even voting subject to your Covid-19 status? This cannot be allowed.

Please call the following key people and politely let them know that you have serious concerns about the Excelsior Pass and that it should be canceled now.

Please click on this Take Action (https://protonmail.us7.list-manage.com/track/click?u=cdf296e0b02aff9edaeebdcbb&id=30405889ce&e=39909d38bc)
to send emails to Gov. Cuomo and your state representatives letting them know that Excelsior Pass must go.

The Excelsior Pass program raises many concerns and unanswered question including:
* PCR tests and Covid-19 vaccines are only available due to Emergency Use Authorizations. Governments cannot compel the use of any product available under an Emergency Use Authorization according to federal law. Yet the Governor’s Executive Order requires the use of one or the other to enter arenas. Further, Barclay Center is owned by the State of New York’s own Empire State Development, it is a public property.
* Why are people who have had Covid-19 and recovered, and therefore have some measure of natural immunity, excluded from Excelsior Pass?
* What happens to the data gathered by the Excelsior Pass system?
* Will the app harvest data from users’ phones?
* What systems or contracts, rather than rhetorical assurances from the system operators, exist to preserve the privacy of users’ data?
* Is the intention to require all customers to use Excelsior Pass? If so when?
* Is there a plan to retire Excelsior Pass when the pandemic passes?
* How much does it cost?
* Why are only PCR tests acceptable?

And this system is brought to us by the same people who thought it was a great idea to put people with active Covid-19 cases into nursing homes, and then lied to us about how many people died.

Please share this message with friends and family and please share on social networks, while we still  can.

Also, in other news…

Yesterday both houses of the New York legislature passed a bill marketed as a “repeal” of the emergency powers they gave to the Governor on March 3, 2020 to rule by decree in response to the Covid outbreak. But the bill does no such thing. It tweaks existing law and lets the Governor continue doing whatever he wants.

Last March the craven, spineless New York legislature abdicated their duties and gave complete control of state government to Cuomo and let him rule with dictatorial power while they slithered off to the damp, dark crevices where they dwell. The result was 1,000s of avoidable deaths in the nursing homes, chaos in the schools, the enormous waste of scarce resources, and the needless destruction of thousands of businesses and hundreds of thousands of jobs. And we still ended up with the second most deaths of any state, only California with a population twice New York’s has more,  and the second highest per capita death rate, only New Jersey’s is worse, and they did exactly the same policies as Cuomo did here.

Despite the new law, the Governor can still issue new executive orders. The legislators are making a big deal that Cuomo can only issue executive orders that are “critical” to dealing with Covid. What does “critical” mean? It means nothing, and this changes nothing.

If the legislature had done nothing the Governor’s special powers would have expired on April 30, the new law removed the set end date and extends his emergency powers indefinitely!

The only difference now is that the Governor must tell the “leadership” meaning Speaker of the Assembly Carl Heastie and Senate Majority Leader Andrea Stewart Cousins, and chairs of the relevant committees, what he intends to do and he must “comment” on any objections they may raise.  Does anyone really believe they will risk the responsibility of delaying or modifying any new orders he may issue?

Here is the critical test: If this law was in place last March would it have prevented the catastrophic decision to put people with active cases of Covid-19 into the nursing homes? The answer is an obvious, “No.”

Every single member of both houses voted on strict party lines, every Democrat voted “Yes”, every Republican voted “No”, 43-20 in the Senate and 107-43 in the Assembly.
Of course, the Governor has said he will sign the bill. Why wouldn’t he?

Despite the obvious direct connection between their complete sacrifice of the duties they were elected to fulfill and the string of disastrous decisions made by the Governor, the needless mass deaths in the nursing homes, Cuomo’s cover-up of the carnage he created, his top aide admitting they covered it up to obstruct a federal investigation, and multiple credible accusations of sexual harassment, the legislature is still too terrified of having real responsibility for governing, and too terrified of Cuomo personally, that they are still content to allow him to rule as a tin-pot dictator and create absurd fig leaves to hide behind. Pathetic.